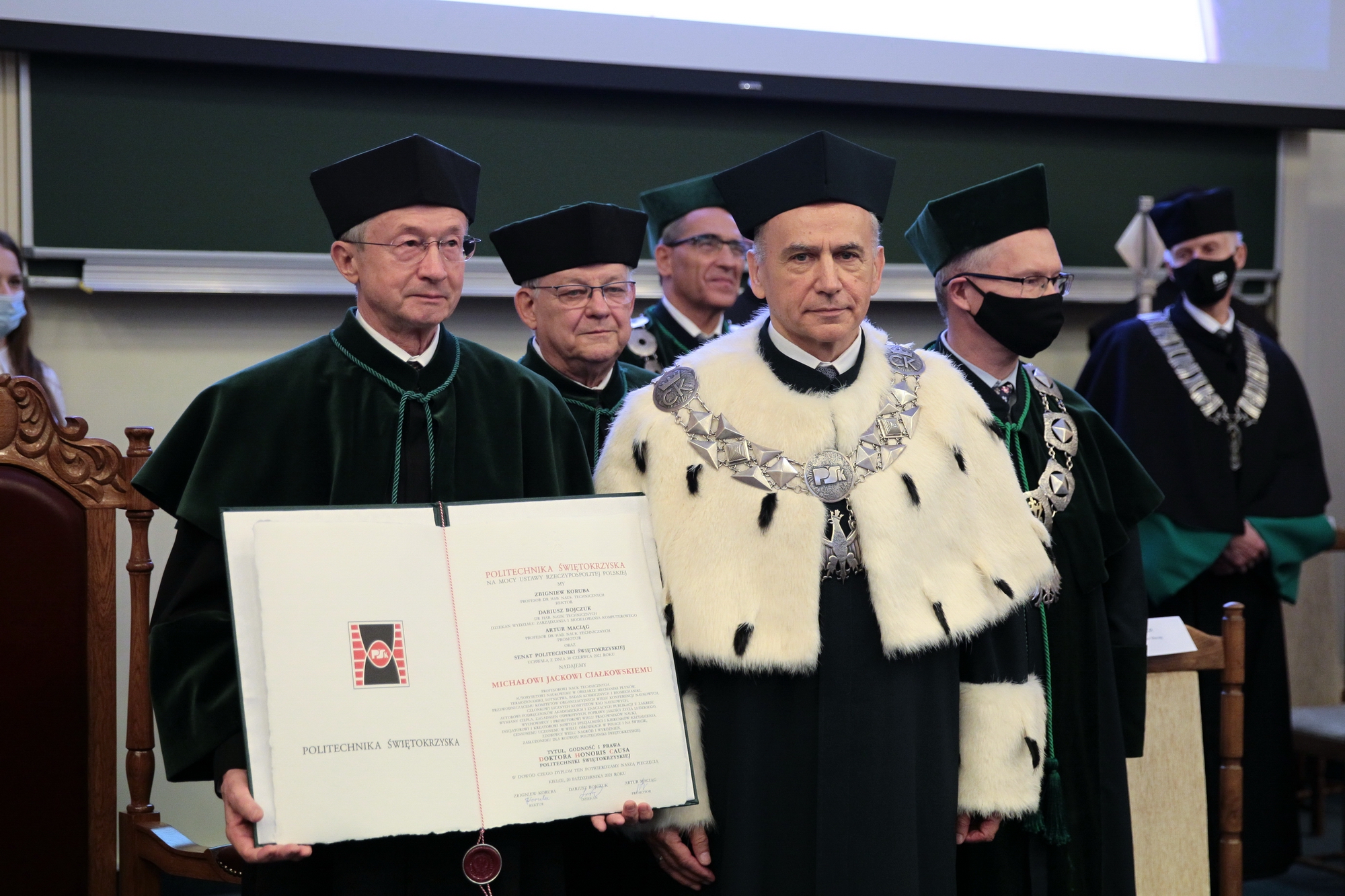 On 20th of October 2021 prof. Michał Jacek Ciałkowski has been awarded the title of doctor honoris causa of KUT. The Professor is a great scientist in the field of fluid mechanics, thermodynamics and inverse problems. He is a valued man of science among academics in Poland and around the world and a participant of many prestige research organizations. The very beginnings of his academic career are associated with Poznań University of Technology where he graduated and then developed as a scientist. Professor Michał Ciałkowski participated in many international trainings and was awarded the scholarship of Alexander von Huboldt, which let him discover many fields of research and arise many scientific questions. His scope of interest is very wide so he has numerous achievements at mathematics, aircraft and even medical area. Professor has greatly contributed to the development of Kielce University of Technology, for many years he has cooperated with academic members of KUT conducting researches and supporting new generations of scientists.

During the ceremony Professor expressed his gratitude for the title and his achievements appreciation.