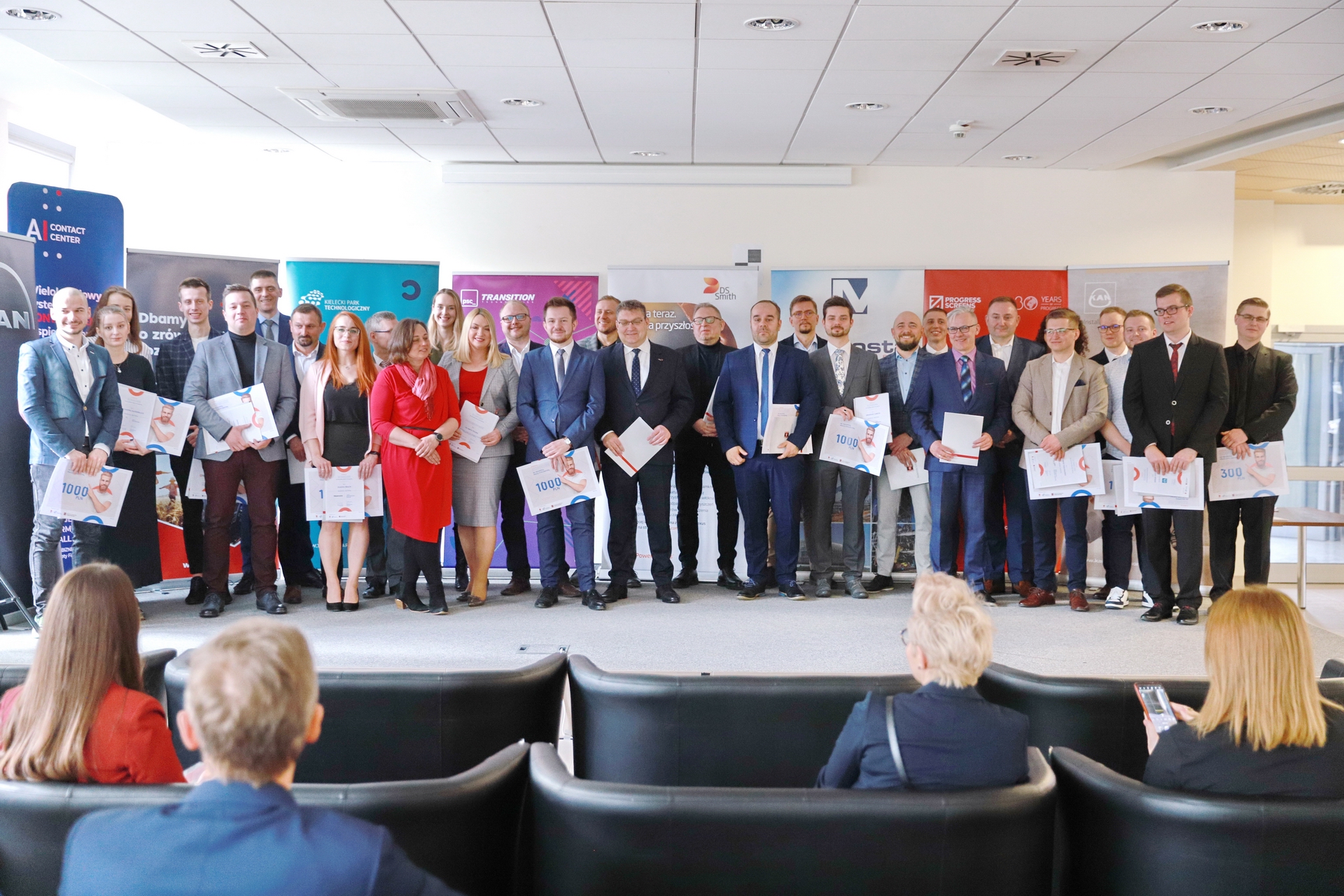 The results of the competition for the best diploma theses have been announced. Seventy-one theses within fourteen scientific fields, ranging from computer science to architecture and transport, were submitted and fifteen of them were awarded.

“Such competitions are necessary as it makes the contacts between young people and entrepreneurs much easier” – said prof. Zbigniew Koruba, Rector of the Kielce University of Technology.

Each student awarded received a prize worth 1,000 PLN and the opportunity to establish cooperation with significant entrepreneurs. The companies engaged in the competition want to cooperate with some of our students and are willing to employ them. The director of the Kielce Technology Park – Justyna Lichosik hopes that the authors of the best diploma theses will be working in companies located at the Kielce Technology Park (KPT) in the future. The total prize budget in the competition was 14,000 PLN.

Congratulations to the winners.

International success of the Students Inventors

The university is attracting candidates’ attention