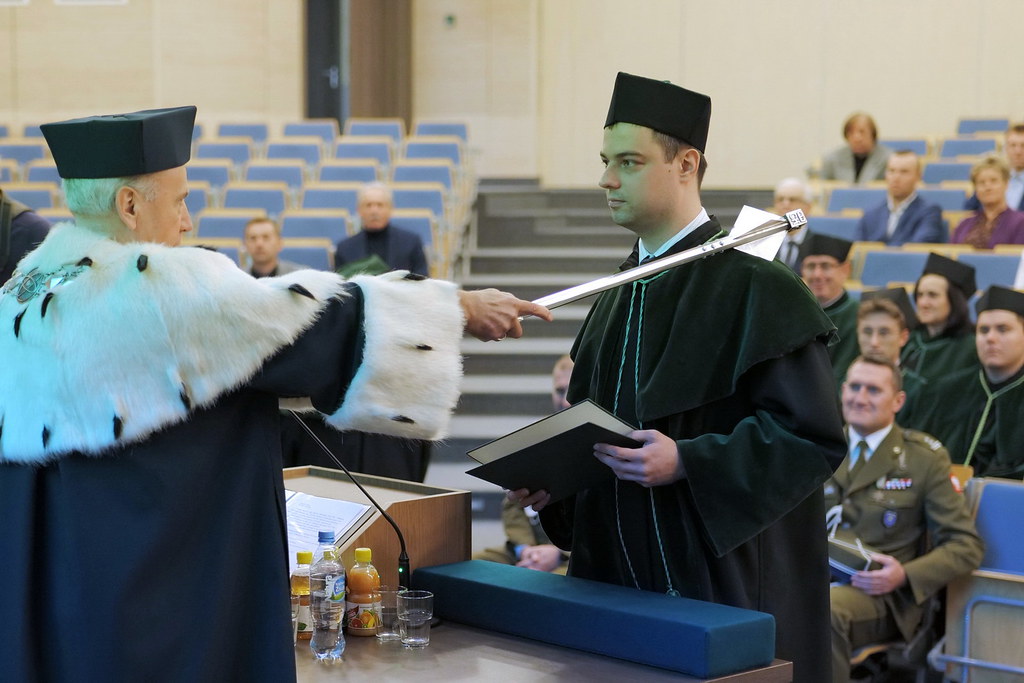 Conferment of the scientific degrees of doctor and doctor of science is the result of hard and long-time laboratory and research work. The diploma is much-anticipated by each scientist as the award for their effort. However, the number of academic staff members who are the holders of the degrees is also evidence of the scientific potential of each University and its pride.

On the 23rd of November, 2023 during the ceremonial session of the University Senate 22 doctor (PhD) degree diplomas and 4 doctor of science diplomas were awarded. In addition, six academic staff members of our University were handed congratulations letters as they obtained degrees at other institutions.

What’s more, during the ceremony the gathered witnessed an extraordinary event. For the first time in the history of the Kielce University of Technology, one of our Professors, Prof. Norbert Radek, was commissioned an officer of the Polish Army.